Henning Holck-Larsen, who graduated at the Technical University of Denmark, came to India in 1937 as a chemical engineer working for F. L. Smidth & Co. of Copenhagen. Partnering with his former schoolmate and fellow engineer Søren Kristian Toubro, he set up Larsen & Toubro in 1938.

Larsen and Toubro gradually transformed L&T into a large business house with diverse interests, and the company went on to become one of the most successful Indian companies.

Mr. Holck-Larsen was an influential and highly respected businessman in India. In 1976 he became the first business executive to receive the Ramon Magsaysay Award, also known as the Nobel Prize of Asia. The award committee explained the nomination as follows:

“This modest Dane presides over it all – a man who has shown how Western technology can help improve the standard of living in Asia. We are awarding him the prize in recognition of his unique contribution to the technological modernisation of India and because he has understood how to combine industrial development with concern for human interests.”

In 2002 the Government of India conferred one of India's highest civilian honours, the "Padma Bhushan" award, on Mr. Holck-Larsen, and in 2007 India issued a stamp commemorating Mr. Holck-Larsen on the centenary of his birth.

After retirement, Mr. Holck-Larsen served as the chairman emeritus of the company. He used to call India his "adopted homeland" and divided his time between Denmark and India. 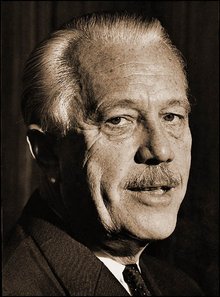